Most welcome rest day in Ushuaia 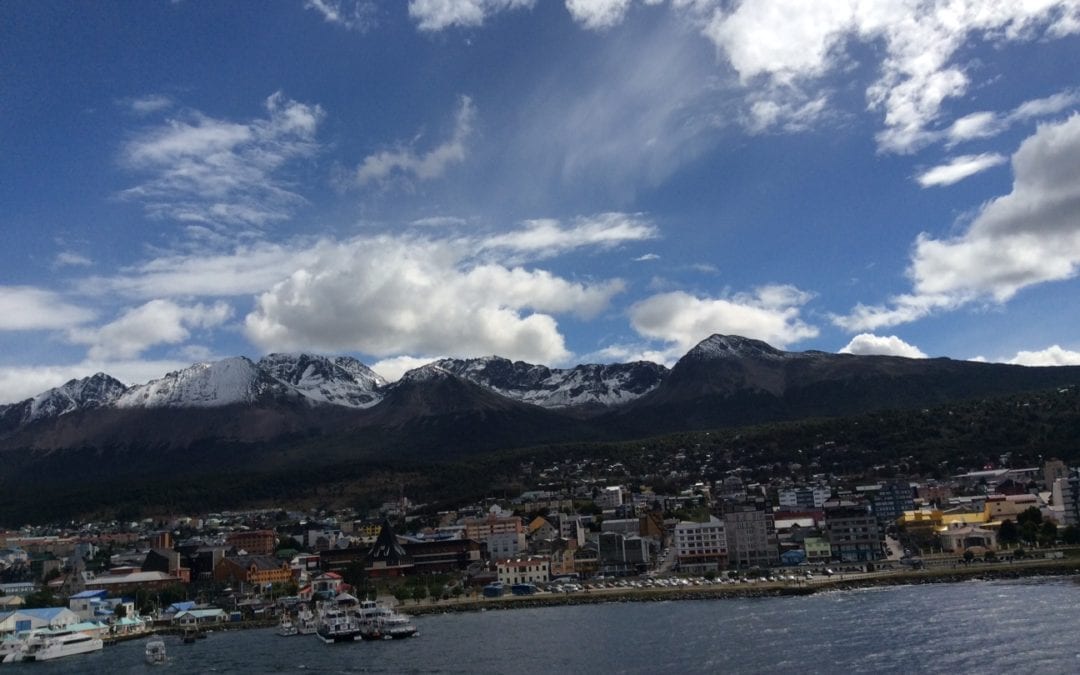 Steve Jobs once said that Intuition is more powerful than Intellect. Intuition may well have played some part in A&K’s decision to get their team to Ushuaia a few days before the cruise begins this season, rather than the day before as has been the case hitherto? Snowfalls in England have caused all manner of travel disruptions, and flights from New Zealand were delayed 7 hours on account of engine issues with two Dreamliners. Notwithstanding the obvious advantages of recovering from jet lag before the cruise and guest interaction begins.

My beautiful hotel room is blessed with buttons controlling EVERYTHING. Curtains, blinds, bedside lamps -you name it, there is a button for it. I chose to have lunch at mid-afternoon yesterday, forego any supper and get an early night. At bedtime, I felt there was a lot of light coming in over the blind, but thought nothing further of it. Awake at 1am, I looked outside into pitch darkness and realised the light emanated from LED’s along the top of the blind. It took some time to find the requisite button amongst a plethora of options. There is a little blue LED at bedside to provide some light at night – that was immediately covered with paper.

The day dawned bright and blue, temperature a brisk 6 degrees Centigrade. After a wonderful breakfast overlooking Ushuaia and the Beagle Channel, I took a walk into the hills behind the hotel. The ships present yesterday are gone, and others fill their place at the busy pier today. Around 90% of visitors going to Antarctica pass through Ushuaia so the small pier is a very busy place. On my walk some rather woolly ponies deigned to sniff my hands before returning to their grazing.

A few of our team members have arrived, and it is special catching up where we left off almost a full year ago. Their exhaustion levels are strangely comforting, considering how I felt upon arrival here yesterday. It also creates a sense of awe for sportsmen, particularly tennis players, who fly across time zones before competing at the very highest level.

When I first came to Ushuaia, I recall clearly looking at team members familiar with one another enviously, hoping to one day be part of such a group of individuals. It is a very special feeling indeed to no longer feel like the complete beginner I felt back then, despite learning hourly from those around me, some of whom have been working in the White South for more than 40 years. The excitement on the plane approaching Ushuaia yesterday is a fantastic reminder of the allure of these places, and that nothing can replace looking at Ushuaia and her surrounding natural beauty for the first time.
The anticipation of the Drake Passage and White Continent to the South almost unbearable.