Victory to the Penguins 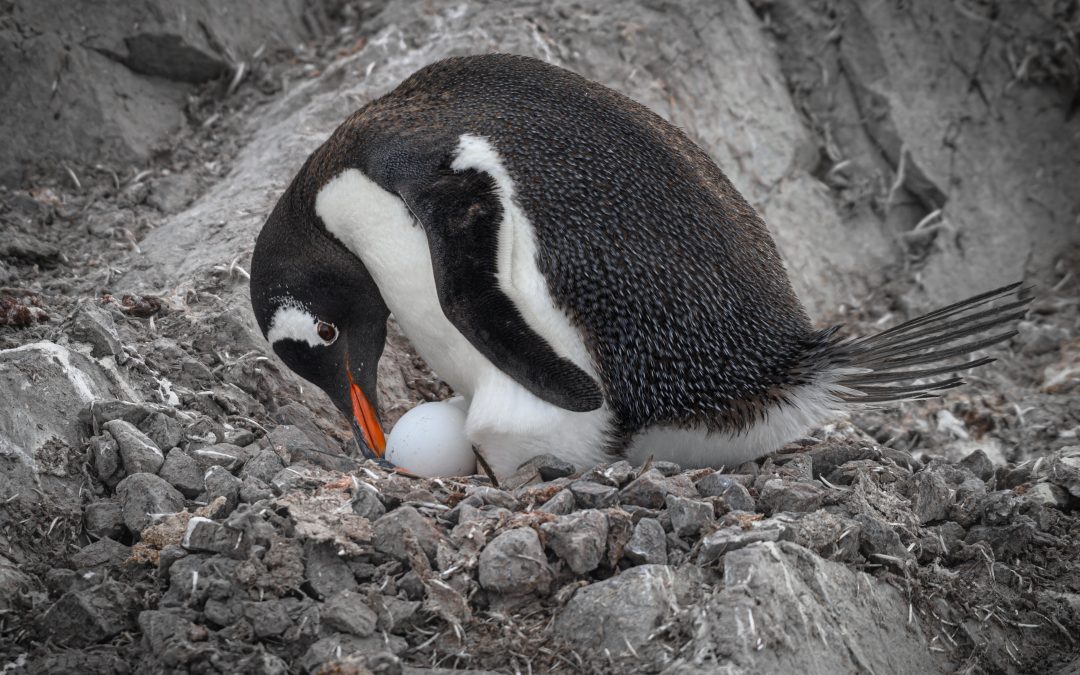 We have come to the end of a seriously intense 6 days in Antarctica, where the team have worked 10-12 hours days, ashore. The weather has been very kind to us indeed, with no landings cancelled, although wind prevented the kayakers going out every day.
Yesterday we spent the day at the Chilean Gonzalez Videla Base, or Waterboat Point in Paradise Bay. Waterboat Point gets its name from two extraordinary young Englishmen (21 and 18 years of age) Bagshawe and Lester who spent a year living under a Waterboat 1921/22.
The flying survey they were due to be part of never materialised, so a walking survey was planned. The terrain smashed that idea, along with the enthusiasm of their two comrades who returned to Montevideo for a Passage home. Despite every effort of the Argentine ship captain to convince them not to pursue such folly, they chose to stay, and overwinter. The captain gave them his word that, ice permitting, he would return in a year to collect them!
Bagshawe and Lester collated data on the breeding cycle of Gentoo Penguins, and took two-hourly readings around the clock of wind speed, tides, temperatures and other meteorological data. Absolutely staggering dedication given their circumstances, augmenting their rations with penguin and seal.

The base is surrounded by around 9000 Gentoo Penguins, and I was stationed towards Waterboat Point, with the wind blowing onto me for 8 hours. For those unfamiliar with penguin guano, it has a particularly pungent and unmistakable odour. It also contains high concentrations of ammonia, so much so that I believe my sinuses will be clear for at least 2 years. My real problems began when I returned to the ship. My cabin mate told me I STANK! The odour had clearly infiltrated all my clothing. Well, I removed all clothing in the bathroom and showered, but closing the bathroom door was pointless. We may just as well have been back amongst the penguins at Waterboat Point.

I lamented to Brandon, that penguins are not really my thing – I love history. When bed time came the situation was far from humorous – we had both eaten dinner elsewhere, and don’t have a window to open. We both felt as if we were being slowly gassed to death. I tossed and turned determined to take desperate action today.

Today has seen us engaged in Zodiac tours around the Melchior Islands all day. A stunning day, with snow falling gently for effect. On my right shoulder however was the matter of my smelly cabin..
Upon returning to the ship, I secured washing powder from the laundrette, ran a large warm bath and began vigorously washing everything. Hat, beanie, gloves, backpack, life jacket, parka, waterproof trousers – everything.
I then showered with them all to rinse it thoroughly, along with myself. All the other layers are already in a laundry bag and at the laundry. I have jammed our doors open to try and get some exchange of air with the corridor, as this situation could not be lived with one more minute.
Brandon returned from kayaking and thankfully immediately commented on the vast improvement to our cabin. Victory to the Penguins on this occasion.

Our six days in Antarctica are sadly over. We begin immediately to cross the infamous Drake Passage to Ushuaia. From Ushuaia we will be taking the Magellan Strait across to Chile, and visiting the Chilean Fjords en route north to San Antonio. The itinerary beyond Ushuaia is all new to me, and hugely exciting.