Thursday 29 December Turn around in Ushuaia 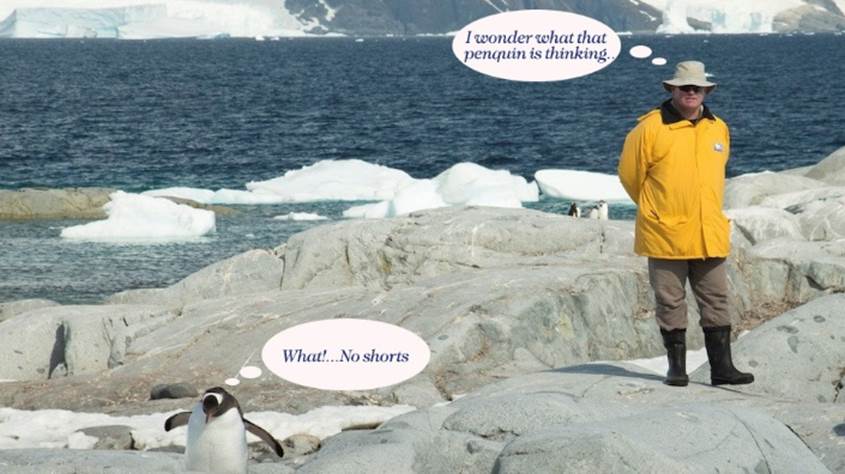 We were up early this morning, to breakfast by 6am, and begin our goodbyes to guests at 6.45am. Marco Favero is here – a wonderful Argentine professor, who was Expedition Leader on Le Boreal in 2014. Marco was recently promoted to President of ACAP (Association for the Conservation of Albatrosses and Petrels), and in that position had to move to Hobart, Tasmania. His wife, Patri, is the ornithologist and penguin expert on board – delightful couple. As President of ACAP, he is not allowed to work on ships like these, which seems ridiculous, so Marco is on board as a guest. He epitomises so much of the positive of South America – big, strong, able, ever-ready smile with a “can do” attitude. Everyone on the team is delighted to see Marco again.

The last complement of guests were delightful, and we are hoping for similar on the next cruise. It is always difficult saying goodbye – the friendships forged on these voyages really are very special. Some of the kids left the ship in tears, a clear testament to how much they enjoyed this journey, and particularly enjoyed Helen and Dean. The cruise industry is a wonderful study in human interaction, with folks from all over the globe, guests and crew alike, working together towards a common goal. Our team alone has folks from Brazil, USA, UK, New Zealand, Australia, England, Costa Rica, Argentina, Uruguay and South Africa. Singers from Ukraine and France. Pianist from New Brunswick, Canada. Most of the service staff hale from France, Mauritius, Philippines and Indonesia, and what a charming group of people they are. The doctor on board was born and raised in Egypt, before studying medicine in France. He enjoyed the fact that I recognised his leather jacket as Egyptian; it probably weighs 10 or 12 pounds. The Fur Seals really terrified him on South Georgia, so we escorted him along the beaches, with the doctor literally clinging to our arm. On Cuverville Island, the weather turned and got very cold. Doctor was all set to return to Le Lyrial after the first group, but Suzana insisted he stay in case someone fell on the freezing snow. The look on his face indicated he would sooner have been poked in the eye with a blunt stick! Suzana is not adept at reading such looks.
Tom Henshilwood, who owns the Sailing Academy in Cape Town, where I did my power boating course, has just arrived as general naturalist and Zodiac driver. Strong South African component in our team right now. Cobus and JD from Pretoria are probably the friendliest people I have ever met, and do our land proud. I always tease JD that she has a heart like an hotel-room for everyone. With a genuine love of everything in the natural world, they are a very special pair to have on our team.

There can be no doubt that family of staff made an enormous difference to the tone of this cruise, especially being Christmas. My brother, Pete, and his dear friend Bruce Nozaic, leapt at the opportunity to secure the very last cabin, and I trust have had the experience of a lifetime. They appear to have got to know the bar staff particularly well, along with JP, the pianist from New Brunswick…..Climbing up the steep, snowy slope on Cuverville twice to slide down on their backsides would indicate that it is never too late to have a happy childhood. Bet neither of them ever believed they would one day visit the Falklands, South Georgia and Antarctica. Hopefully both have made memories for a lifetime.

Once the madness of disembarkation abated this morning, I walked into Ushuaia, for a decent Latte’. There was fresh snow overnight, and although the cloud cover is low, this town remains unusually picturesque. Guests from the stricken Orion were being ferried ashore in Zodiacs, and agents meeting them. I believe the Orion only has one engine, so thankfully they are safe in Ushuaia and not stranded in the Drake or beyond. A weight on the crankshaft came adrift, and basically destroyed one cylinder. The ship will now be loaded onto a heavy carrier vessel, and taken to Germany for repairs. The costs and loss of revenue must be enormous. I called home, on a very clear line, and had a wonderful chat to Karen. As great as a phone call is, it only makes the longing for home and partner all the more acute. David Livingstone once famously said “this exploration is not all pleasure”. Our trips have none of the hardships, nor deprivations he endured, but the time away from home and loved ones is certainly challenging and demanding.

At midday, rented boots, parkas, waterproof pants and walking poles arrived for 200 passengers. We then have to sort them out cabin by cabin, and deliver them to the cabins. Invariably there are articles missing, along with extras, which all need to be recorded. A South African lady began a business called Ship to Shore, based in Seattle, who rent equipment in Antarctica and the Arctic. Now a massive operation, I cannot imagine the stress levels of running such a show. In fairness, the first rental covers the cost of the article (parkas are included in your cruise cost), from then on the rentals must make some proper tin. Pete and Bruce felt their parkas were a wonderful memento of this voyage, but may only be worn on a trip to Lesotho in future?

The loos on board are tiny. As Pete said, one does well to enter as a warthog would – backwards, depending on what needs to be done. In true French-style, the paper has a stainless steel cover, at just the perfect height to destroy one’s knee! The suites on Deck 6 have baths. In some of the seas we have been in, a bath would be akin to riding the SuperTube, without a happy ending! Remaining upright in the shower is tricky at times, the door opening and slamming behind one.

We await our new guests at 4pm local time, headed for 5 days in the Antarctic Peninsula. Crossing the Drake (2 full days and nights) is often referred to as “paying one’s dues” to visit Antarctica, so time alone will tell if we are given the Drake Shake or the Drake Lake. The guests will feel denied if we do not have at least some bumpy water – watch this space.