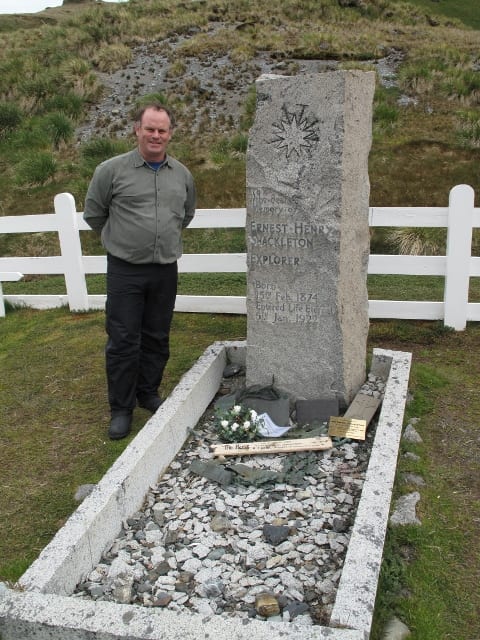 Last evening we set our clocks back an hour, which everyone was very grateful for, securing an extra hour’s sleep on a rather bumpy night on board. Five meter swells have created a lot of movement, and Le Comete restaurant on Deck 6 will remain closed all day as a result. Geologist Henry Pollack kicked off the lectures with “Geology of Antarctica: a blanket of ice with surprises beneath”. We learnt about Lake Vostok, larger than Lake Ontario 3800 meters below the ice, and the ice core drilling operations providing climate and atmospheric records over the last 400 000 years. Henry explained about the Zero Meridian separating East and West Antarctica, the mountains rising up to 15 000 feet above sea level, and ice 2,5 miles deep. Lovely photographs provided insights into transport around the continent, bases, the Ross Ice Barrier and the action of glaciers. Not far from McMurdo base are Dry Valleys, reminding us that this is the highest, driest, coldest, windiest continent on Earth. Henry provided images with Antarctica overlaid upon other continents, showing that she is larger than Australia, the same size as South America and roughly half the size of Africa. This is a mighty place – the Seventh Continent, which continues to intrigue and beckon seductively.

I then presented my talk on “Shackleton: Scott’s great rival and destined for a very different greatness”. Shackleton’s early expeditions were mentioned, with Scott on Discovery in 1901/2, then Furthest South in 1909 off Nimrod. With Amundsen and Scott having reached the South Pole respectively in December 1911, and January 1912, Shackleton immediately set his sights upon an even greater undertaking – the crossing of Antarctica from the Weddell Sea to the Ross Sea, via the South Pole. Called the Imperial Trans-Antarctic Expedition, this is the saga Shackleton is best remembered for. His ship beset in the pack ice only 43 miles from land, and eventually crushed by the ice, leaving 28 men and 57 dogs floating on the sea ice. After 16 harrowing months, landfall is made on Elephant Island at the northern end of the Antarctic Peninsula, and Shackleton sails a life boat 22’6 long across 750 miles of Southern Ocean to seek assistance from the whalers at South Georgia. Regarded as one of the greatest survival stories we will ever know, and a masterclass in leadership. Shackleton eventually died of a heart attack at Grytviken on 5 January 1922, where he lies buried. One wonders if the guests realise what a privilege it was to visit his final resting place, along with that of Frank Wild.

Lunch was enjoyed downstairs in Le Celeste, with regular exclamations as the water pounded against the windows. Many commented on the horrors of sailing this ocean in a life boat, as Shackleton did in 1916. Le Lyrial is equipped with stabilisers. In fairness they are 5 meters long, and 1,5 meters wide, designed and built by Rolls-Royce. They are no larger than the pectoral fins on a Humpback Whale. Considering that a whale weighs 40 tons, and this vessel weighs 11 000 tons, I cannot help feeling the whale has a far better deal? They do however add significantly to the stability and comfort on board this beautiful ship. For those interested in specifications, Le Lyrial is 142m/466ft long and 18m/60ft wide. Her draught is 4,7m/15,5ft, and cruising speed 14 knots. There are two mighty engines below decks, producing 2300kW or 3200bHP apiece. Build cost around $240 million. Her greatest asset, undoubtedly, are her staff. The staff are astounding, ready to improve the guests’ experience at every turn – no request too large, no detail too small. Ponant should be very proud of her staff on board Le Lyrial. No doubt, her sister ships are similarly staffed. Brilliant. Some of Pete and Bruce’s friends have said they can no longer be mates, on account of the opulence in which they find themselves travelling south!

I was then asked to speak about Shackleton to the Young Explorers – the kid’s program run by Helen Ahern from New Zealand. Their understanding of Shackleton and his epic journey impressed me. They asked me to take their survivor’s test, where I was asked to select 6 items from a choice of 15 for a survival situation. I  had to motivate my choices of fresh water, matches, stove, sextant, chart for sextant and reindeer skin sleeping bag. Everyone laughed about the chart until I mentioned that the sextant is worthless without the chart of coordinates, that you know where you are exactly, and how far you have travelled. A wonderful exercise, and how I love kids’ enthusiasm.

Russell Manning shared his experiences as base commander on Signy Base for 28 months, along with numerous other Antarctic trips. An experienced outdoorsman, and ex-military, Russ in invaluable on any expedition team. He handles a Zodiac as an extension of his body, and has an enviable knowledge of Polar regions generally. With long, curly locks, he looks quintessentially like a “surfer boy”. If one was in a jam down here, Russ is the fellow you would want alongside you.

Larry Hobbs presented his talk on Whales “When blubber is not a bad thing”. With nearly 50 years experience as a marine biologist, Larry speaks about these marine giants as if he knows them individually. We learnt a great deal about the whales we are likely to see, illustrated with beautiful images and video. The largest animal ever known, the Blue Whale may weigh as much as 180 tons, and Orcas regularly kill Elephant Seals weighing 2 tons. The hunting behaviour of Orcas intrigued the audience, particularly those who specialise in hunting 30 ton Minke Whales. Captain Minke, a Norwegian whaler, always bragged about hunting the largest whales, so they named the smallest specie after him. Karma can often be a bitch. Co-operative feeding of various species illustrates just how socially oriented these magnificent creatures are.

Recaps and precaps had Richard Harker share some aspects regarding Photoshopping, and I discussed  some aspects of the character of Amundsen, Shackleton and Scott before guests set off for dinner downstairs. Sea is still rough which has slowed our progress somewhat, along with some minor deviations on account of ice. More than 500 nautical miles still lie ahead of us to get to the Peninsula. I had dinner with some enthusiastic, lovely American guests who run travel companies in Alabama, with a large number of folks we have in common in Africa.