The Passage of Time 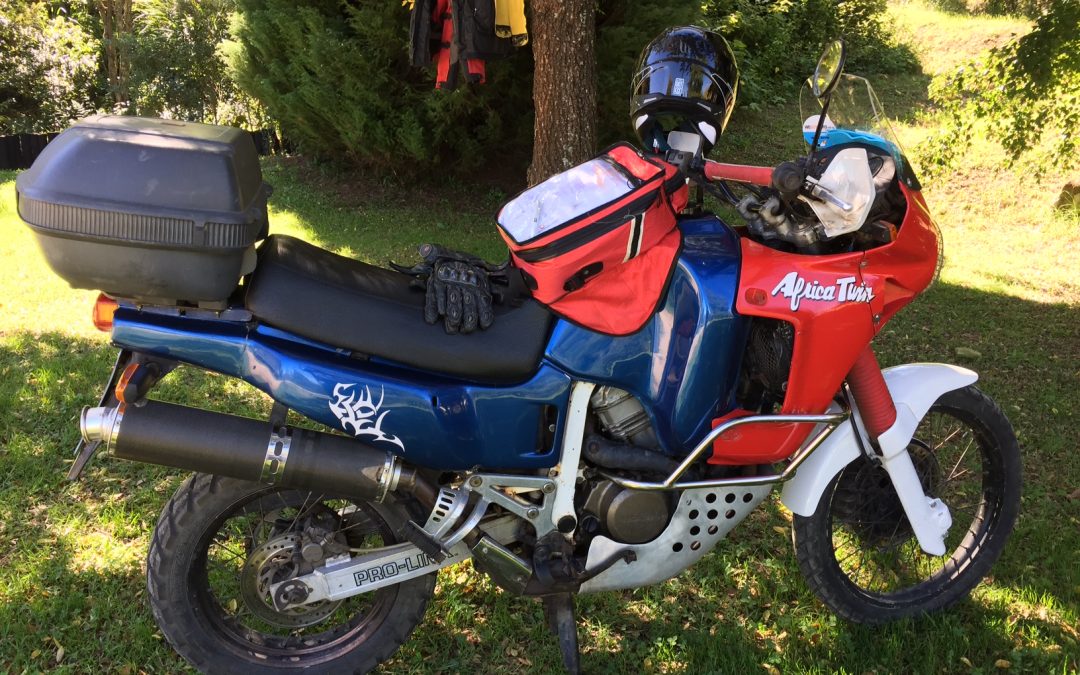 Today marks 100 days since the first Covid-positive case returned to South Africa from Europe, and what a time it has been. Not only for South Africa, but for much of the world. It is often said that Time means little to a fence post, but a great deal to a human being, especially in terms of what you do with it.
I was greatly inspired recently by a beautiful post by Juanita Vorster on LinkedIn, regarding her 13-year old Honda, and what the vehicle means in her life (well worth reading). The car has been central to so much in Juanita’s life, and most importantly not a symbol of her significant achievements.
Back to some reflections on Life and Time. It is 13 months since my serious motorcycle accident outside Kokstad, on a classic 1986 Honda Africa Twin. That motorbike had been created by Honda for the famous Paris-Dakar Rally, and I had spent considerable time, effort and money on resurrecting the bike, having rescued it from standing beneath a tree. The owner’s back meant he would never ride again, but he held onto the old faithful machine, which like Juanita’s Honda car, represented so many significant chapters, and travels, in the owner’s life. For me, the red and blue bike epitomised my love of motorbikes, the Paris-Dakar rally, the freedom of the open road and so many fantastic travel memories achieved on bikes in my life. For many of my friends, my character is inseparable from a bike, having owned one consistently from age 15. Smashing my left leg, breaking 4 ribs, puncturing lungs was accentuated by the insurer deciding to write my Honda off! Perhaps my biking chapters are over, yet represent many of the happiest times of my life, and the conduit to immense spiritual growth.

Like Juanita, I have a 12-year old Toyota. A vehicle which suits our travel/work requirements beautifully. Washing and maintaining this vehicle is a pleasurable, therapeutic experience for me. A moving sanctuary, which brought me home from hospital, and transported me with my mangled leg. The vehicle is not a symbol of achievement, but an integral part of our lives. One cannot attach a value to the security of turning the key, and believing unequivocally that the vehicle will get us safely there and back? A very special aspect indeed – that security.

Having struggled in mid-March to disembark a ship in South America, upon returning from Antarctica, and returning home eventually to find all work cancelled to the end of September. I went into self-isolation, which became Lock-down on 26 March.
The insecurity growing daily as Lock-down was extended, the world in chaos. One hundred days on, where are we? With massive insecurity the order of the day, we grasp perhaps for the tangible securities in our lives. For those who have been able to work during Lock-down, and others earning incomes regardless at this time, I guess they have no idea how those who have not are busting to get back to work, and earning some income again? Some light at the end of this dark tunnel would be most welcome indeed from government. My Toyota and I will be ready when the time comes, hopefully sooner than later….