The intrigue of Intuition 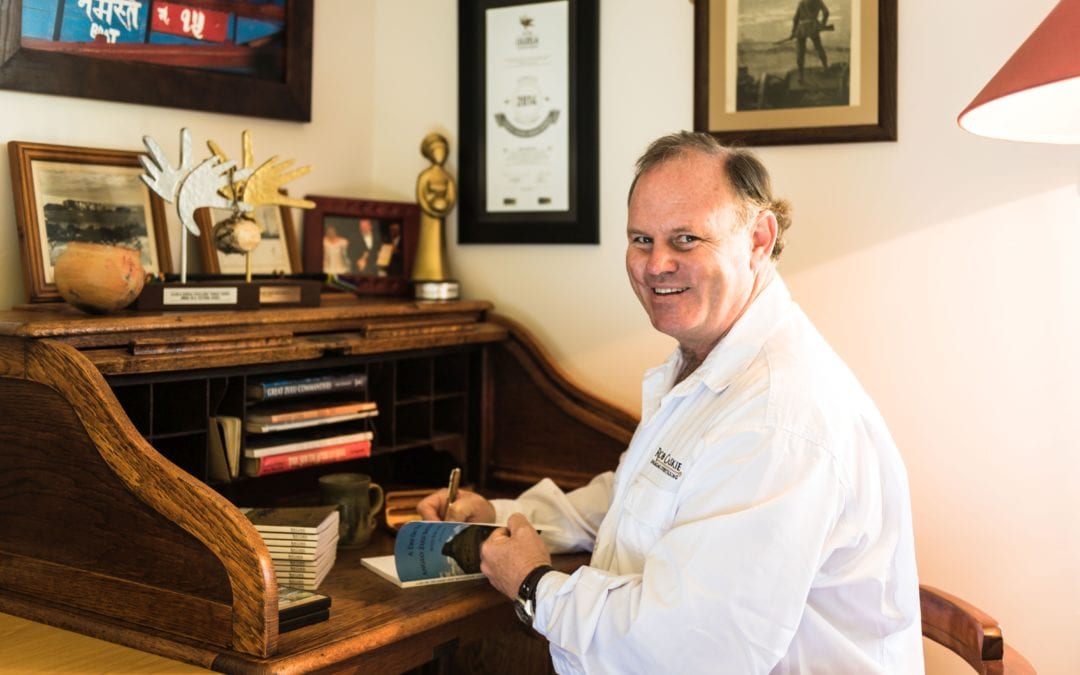 I consider myself as a master storyteller, expanding my repertoire and offerings considerably over the past few years. Epics of human struggle and triumphs of the human spirit resonate very strongly for me, believing powerful lessons can be learnt from the experiences of others, especially when circumstances are tough.

With my background in wildlife safari guiding, and considerable experience with wildlife, I have always been mesmerised by the story of Harry Wolhuter in the Kruger National Park.
In August 1903, the driest season in the Park, Wolhuter was on patrol with his policemen. Wolhuter was on horseback, the policemen on foot leading donkeys carrying their requisites for rough camping. Late in the afternoon, finding a waterhole empty, left the group with no option but to press on to another waterhole, some 20 kilometers away. It is impossible to imagine their thirst and exhaustion. Up to this time, predators were being hunted all over the Park in an attempt to give the traditional prey species opportunity to increase. Most antelope species had been decimated by hunting and transport riders’ needs.  Whilst skinning Lions, Wolhuter had taken careful note of their physiology. Was instinct playing its role, would he require this knowledge later in Life? Perchance he had also swopped his sheath knife for a better quality Pipe Brand knife at a trading store, feeling the Pipe Brand which looked just like his own was too good a knife for the cutting of cheese! The Pipe Brand served him beautifully, albeit fitting somewhat loosely in his sheath.
Whilst riding through a burnt area, with small patches of unburnt grass and bush remaining, Wolhuter heard animals rushing in the dark. Believing they were Reedbuck, common in the area, try to imagine his horror when he became aware of two Lions rushing towards his horse. Wolhuter spun his horse away and put in the spurs attempting to outrun the Lions. One Lion leapt onto the withers of his panicked horse, which bucked and reared wildly pitching Wolhuter out of the saddle straight on top of the second Lion which was attempting to get hold of his horse’s throat. This beast immediately grabbed Wolhuter by the right shoulder and began to drag him along. Wolhuter could hear his horse galloping off, being pursued by the other Lion, in turn pursued by his faithful dog, Bull. Wolhuter was aware of acting dead lest the Lion drop him, and grab him instead by the head! He recalls the incredible smell, his face pressed up into the animal’s mane. Wolhuter speaks too of the incredible pain, added to by his spurs catching in the ground, and the Lion jerking wildly to set them free. The Lion’s dew claws were ripping Wolhuter’s sides and wrists, as he hung limply in the animal’s jaws.

Experience and calm always plays its hand, and Wolhuter remembered the sheath knife on his right hip. Had it fallen out during the violent fall from his horse, it always fitted somewhat loosely, you recall? He now gently reaches between the Lion’s chest and his own, with his left hand, feeling for the knife. Thank Heavens, the knife was in its sheath, and Wolhuter’s hand grasped the handle. With a clear understanding of a Lion’s

vital organ positioning, he ever so gently feels along the rib cage of the Lion, acutely aware that his thrusts (with his weaker hand and no room to manoeuvrer) had to be absolutely perfect. Between the second and third ribs, Wolhuter stabs twice desperately hoping to reach the heart, then stabs upwards aiming for the Lion’s jugular artery. The Lion dropped Wolhuter immediately, covered in arterial blood, and coughing strongly moves off. The badly injured ranger looks around for a suitable tree to climb, very few offering a bough close enough to the ground for him to reach. He finds a tree, and with great difficulty manages to pull himself off the ground. His right shoulder very badly damaged, and left wrist tendons torn from the animal’s dew claws. Close to fainting, from pain, shock and loss of blood, he straps himself to a branch using his belt, as the second Lion arrives at the base of his tree. Wolhuter had heard the first Lion coughing its last on account of his stab wounds, but was acutely aware that the second could easily climb the tree into which he had climbed as best he could. His faithful dog Bull harassed the beast sufficiently to prevent the Lion climbing after the badly wounded ranger.

The policemen arrived and drove off the Lion with banging pots and setting fire to anything that would burn. Wolhuter’s wounds had stiffened, and only with tremendous pain and difficulty was he finally extracted from the tree. With no water, his policemen make a rough stretcher and carry him to the next waterhole, which to their utter horror offers nothing more than mud to slake their desperate thirst. Wolhuter cannot find words to describe his pain, his thirst and the smell of a badly septic shoulder accentuated by the policemen’s attempt to clean out the dreadful wounds using fluid from the dead Lion’s skull. Transported in excruciating pain, Wolhuter only reaches Barberton hospital 4 days later. Doctors anticipated he would not survive, but an iron constitution and incredibly strong body saw him survive with an arm he could still raise high enough to fire a rifle.

This story has become an integral piece of South African folklore, and I believe that Intuition played a vital role in ensuring Wolhuter’s eventual survival. That gut instinct which earlier had ensured he took note of a Lion’s physiology, along with the experience and calm to deal smartly with the desperate circumstances in which he found himself that fateful evening in August 1903. There is no doubting in my mind that Intuition plays a very important role in business and Life today – perhaps a human characteristic we have lost touch with? There is no doubt that good fortune also played its part, as it so often does.

I love sharing human stories which highlight lessons in Leadership, Intuition, Experience and how to make the best of present circumstances.