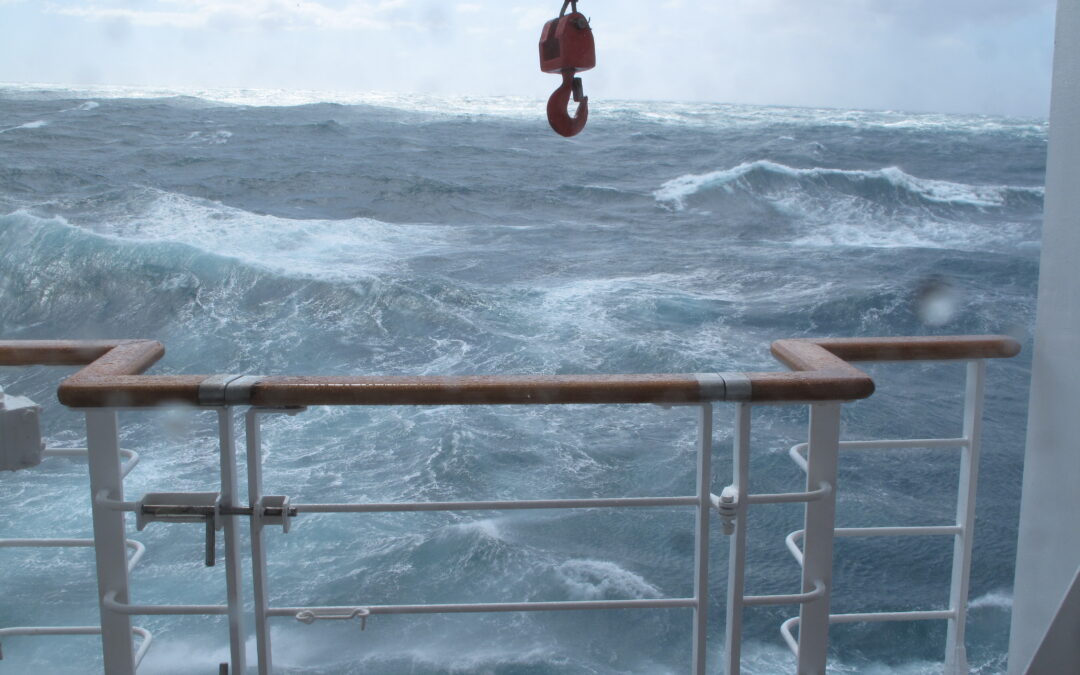 “Half the fascination an Antarctic expedition possesses in to be found in the sharpness of the contrasts experienced during its course, for it appears to be true that a hell one day is liable to make a heaven the next.” – Raymond Priestly

Today has been a quiet day at sea. There was a fair amount of sway on the ship, and watching folks trying to find their sea legs is much of the time very amusing indeed. Some look most indignant that the floor is moving, others find amusement in that moment of weightlessness when the floor suddenly disappears beneath one’s feet. Most watch the crew in awe as they move about doing their daily chores as if this is the most natural environment in all the world. One crew member I spoke to has a new cabin mate, who is a young cadet on the Bridge. The cadet gets up daily at 3.30am for a 4am shift start, but has been violently seasick since she embarked in Ushuaia. The medic I spoke to is unhappy about the early alarm call. For the cadet, either the seasickness will abate, or her career at sea is going to be short-lived? This crossing in terms of Drake crossings has been very fair thus far.

The parkas given to the guests are absolutely identical, and unisex. The number of women we had this morning at the parka exchange requesting petite fits, women’s styling and easier zip arrangements was amusing. After the IAATO and Zodiac briefing, the life jackets were handed out. We had some sports showing guests how to put their life jacket on, and adjusting the sizes. Tomorrow we will exchange the boots and waterproof trousers that don’t fit the passengers, in preparation for our first landing on South Georgia on 10 January. Our first landing will be at Fortuna Bay, with thousands of Antarctic Fur Seals. At that point I am quite sure a petite fit, women’s style parka is going to be a long way from any of our guests’ minds… The Fur Seals have their own unique way of sharpening the senses, and awareness. My guess is that the guests are going to surprise themselves at their own agility.

On the last cruise I gave a talk titled – The psychology of survivors: Nordenskjold, Charcot and Mawson. As a result I have been doing much reading about all three explorers, and love the quality of that older English, rather like Priestly’s comment above. Scott’s journals are especially beautifully written, yet Shackleton’s South is so undramatic one cannot believe he is writing about the doomed Endurance expedition? Mawson’s The Home of the Blizzard is also filled with understatement. Top of the pile in my opinion remains The Worst Journey in the World by Apsley Cherry-Garrard.