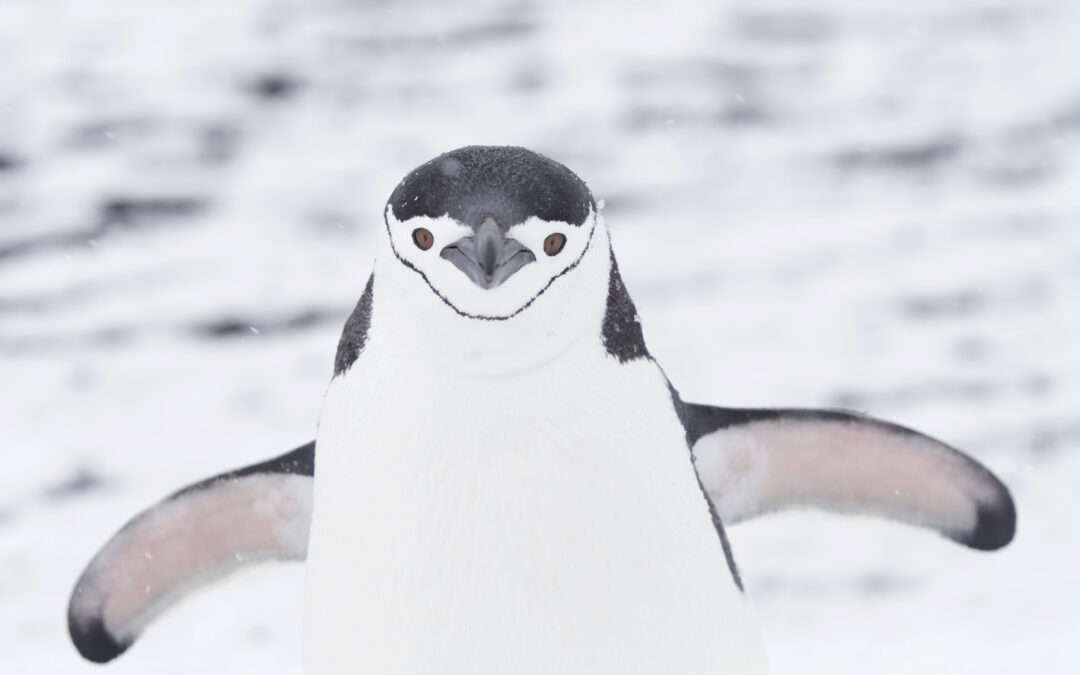 “Polar Exploration is at once the cleanest and most isolated way of having a bad time that has been devised” – Apsley Cherry-Garrard. Cherry-Garrard is the man who wrote The Worst Journey in the World, and trekked 96km in complete darkness in the 1911 Winter to collect Emperor Penguin eggs, with Wilson and Bowers. George Bernard Shaw, his neighbour, encouraged him to write as a catharsis. This book, the result of that writing, is in my opinion the finest annal on Polar exploration.

Last evening, after an incredibly calm day at sea on which the Le Lyrial made very good time, we passed Elephant Island, an I gave a commentary from the Bridge over the PA system about Shackleton’s arrival at Cape Valentine in April 1916. How stowaway Blackburrow’s frost-bitten toes were amputated, and the emaciated men enjoyed their first hot drink/meal after rowing for 108 hours, sucking ice to slake their desperate thirsts! It was landfall at Elephant Island or bust. If they had failed to make landfall here, the wind and current would have swept them into the Southern Ocean never to be seen again. I explained how they moved around to Point Wild on the northern edge of the island, and Wild led 21 men left camping there whilst Shackleton went for broke. Attempting to sail a lifeboat 800miles/1300km across the Southern Ocean to get assistance from whalers at South Georgia. Saying to Wild that if he was not back in 3 months, to consider them dead, and make the best plan for the men. After 3 failed attempts to get back to Elephant Island, Shackleton finally returned on 30 August 1916, 4 months and 1 week after leaving the men. They hadn’t lost a man. Endurance by Alfred Lansing or Caroline Alexander are both brilliant at retelling this extraordinary survival story. The A&K representative from London is onboard, and gave us a fascinating presentation regarding Ponant’s revolutionary new expedition ship, called Charcot after Jean-Baptiste Charcot. Charcot was French, and considered the Gentleman of Polar Explorers. We were then told more about the A&K operation around the globe, main competitors, price points and strategy to reduce the disconnect between the office and the ship.

This morning we landed at Penguin Island in the South Shetland Islands. Deacon Peak with its red cone is clearly an extinct volcano, and gave our guests opportunity to stretch their legs after 3 sea days onboard. Nesting Chinstrap Penguins provided further interest. The boulder strewn beach at low tide provided plenty of challenges, getting guests out of the Zodiacs across the boulders, and then back to the Zodiacs for return to the ship. Our Captain came ashore. At lunchtime, the ship never re-positioned, but remained at anchor allowing the guests to enjoy a wonderful barbecue lunch. I joined the Team just in time to hear Suzana announce that esteemed and very popular colleague Bob Burton has passed away early this morning from cancer.
Bob Burton is a legend in these parts, with years of experience working for British Antarctic Survey, South Georgia Government and heading up the Scott Polar Institute in Cambridge. Aside from his many books and publications, Bob was an unusually genial, friendly, optimistic fellow, loved and respected by all. He worked for A&K ever since they began expedition cruising. Probably THE eminent historian in either Polar region. Bob retired at 80 (yes 80!) in 2019. He was much looking forward to retirement, being home for Christmas, etc. I feel it is a very cruel twist of Fate, that Bob faced Lock-down in England for the past 22 months, got very unwell at Christmas and passed away this morning from cancer. It put the Team into a very sombre, introspective mood, and I am keeping my head down, since I filled in when Bob was not here. Bob’s are massive shoes to fill in terms of Historian onboard, and being a very popular member of this highly respected Team.

The afternoon was spent on nearby Turret Island, named for its high rock stacks looking just like turrets. A shore break forced us to use the secondary landing site 1.5miles/2.4km from the ship. This is considered a long Zodiac ride to and from the shore. A steep pebble-strewn beach greeted the guests as they disembarked the Zodiacs. The shore break caught many out in terms of depth of water, and some guests got their boots filled with cold Antarctic water. I got my boots wet helping guests into the Zodiacs upon departure. For landing and leaving, the Zodiacs came in backwards/stern first. Ideally one wants waders or a dry suit for such operations in these climes. Plenty of Elephant Seals moulting their coats, and lying on top of one another in a wallow, along with a colony of nesting Chinstrap Penguins on a sunny afternoon provided guests with a strong olfactory experience. Many crew came ashore, and their boots were so caked in guano, that I recommended a good wash upon return to the ship, but I fear the penguin guano odour is presently powerful below decks.. Generally this is not something one does twice.

At Recaps JD brilliantly recited Herbert Ponting’s poem about Reindeer skin sleeping bags. It is fantastic, with very clever interplay in terms of skin side/fur side, inside/outside, well worth looking up on Google – I believe titled Reindeer Sleeping Bags.
As many of you know, I have been trying to write a daily blog since 28 November, and I very much hope you have enjoyed them. Shortly (God and Covid permitting) I fly to Chile, to join Silversea Whisper for a trip through Chilean Fjordland, Antarctica, South Georgia, Trista da Cunha, ending in Cape Town for me. There will be many sea days, where lecturers will be doing plenty of presentations. Besides my being grateful that breathing is a reflex, I fear there is not going to be a great deal to report. This is early notice that once we finish in Antarctica with A&K (3 days), the blogs may become considerably more infrequent, and I trust you will understand.