Sailing South on the Scotia Sea 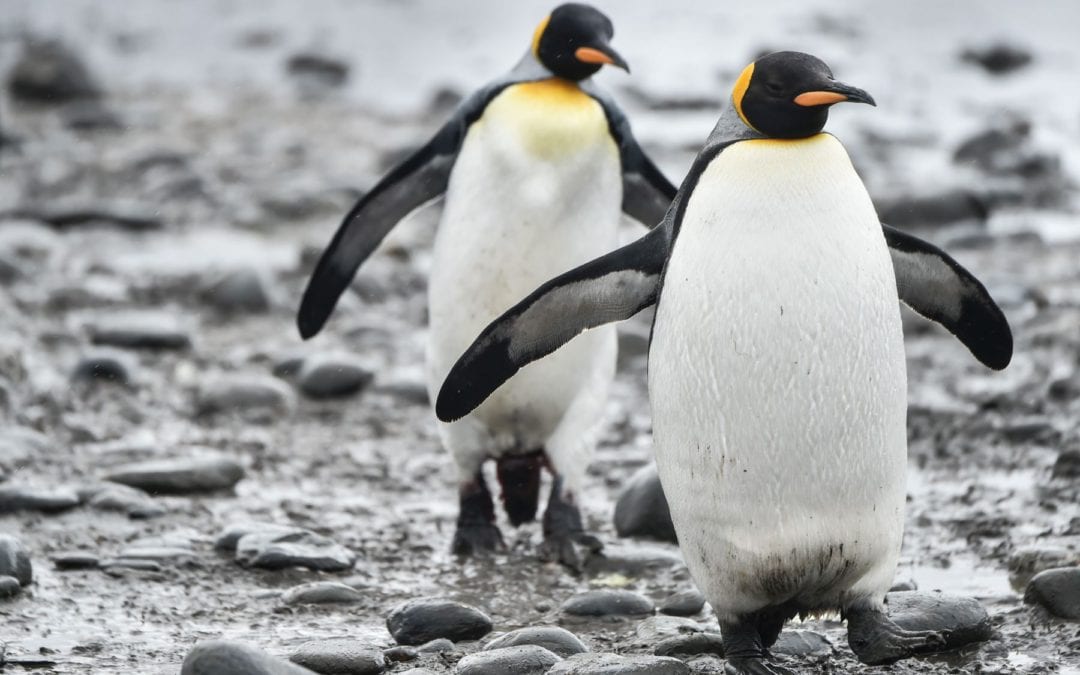 John Muir once wrote “The world is big and I want to get a good look at it before it gets dark”. Fair comment, and it is very interesting listening to guest’s reasons for taking this journey south. For some it is to get to the Seventh Continent, but for many of these well-travelled clients the reasons are far more cerebral. The levels of intellectual horsepower, Life experience and past reading on board is beguiling, as it always is with A&K clients.

Last evening Larry and I hosted a table of guests for dinner. It was a fantastic evening, with lively conversation regarding the appeal/fascination of battlefields initially since one guest had joined the Falklands battlefield tour. I provided my reasons for the apparent fascination in the Anglo-Zulu War battlefields, notwithstanding the power of a movie like Zulu. A guest from Minnesota, with that wonderful accent quite similar to the Canadians, told a wonderful story. As a 30-something year-old, he was keen on snorkelling, diving, etc and at the time wore a Speedo. Whilst snorkelling he saw beautiful shells and began collecting them. Soon both hands were full so he began stuffing them into his Speedo. Thinking nothing of it, and with both hands full, he left the water. His emergence created a commotion amongst a group of young women on the beach, and when he looked down he realised immediately what they were looking at. To make matters worse the front of his bulging Speedo was pulsating. Immediate inspection revealed that amongst the shells, a small Octopus had also been added to the Speedo! What finished us was his suggestion that the Octopus met Moby Dick!

Larry provided many stories about his experiences with wildlife, including Polar Bears, but drew the line at bunjy jumping which the other guests seemed to have enjoyed around the world.
The suckling pig pork provided by the kitchen was superb, and suddenly the time had come to rush off to watch a movie on the Falklands conflict, which was very interesting. Marine biologist, Larry Hobbs, the Whale Whisperer, gave a wonderful presentation on the seals of the Antarctic. With 50 years of research and study under his belt, Larry has a plethora of stories to tell, and in his inimitable style he draws the audience into a world of marine mammals they have hitherto only dreamed of seeing. These creatures with relatively constant body temperatures, who give birth to live young and nurse those young, have hair on their bodies and need to breathe air require special adaptations for marine environments, since the water absorbs so much of their body heat quickly. Elephant Seals are capable of dives more than a mile deep (1600 meters), and can swim 18 000 miles in a year (29 000km), the big breeding males weighing as much as 10 000 lbs (4500 kg). The Weddell, Crabeater, Antarctic Fur and Leopard Seals were discussed in detail, backed up with beautiful images, and sounds. Larry also maintains that with increased enlightenment comes hair loss, which is why whales are hairless! Larry himself being bald..

I then presented a story about Roald Amundsen, the great Norwegian explorer who took the prize of being first to reach the South Pole. I am unsure as to how many believed that I had landed on the ice in December 2011, dressed in shorts and open-neck shirt, as I was dressed for this lecture? Guests were intrigued at the notion of sharing a story without images, particularly about an explorer they generally know little about. Scott and Shackleton being far better known for various reasons. I spoke about Amundsen’s impeccable background as an explorer, having overwintered in the Antarctic on board Belgica in 1898, and being first to sail the North-west Passage in 1903-1906. Having learnt to ski at a very young age, and gleaning much knowledge from the Inuit people whose mastery of Polar environments is unequalled, secured Amundsen considerable advantages over Scott when their race for the Pole began in 1910. Many guests immediately enquired as to when I will be talking about Scott and Shackleton, which I took as a great compliment.
One guest from Cape Town wondered whether I had ever listened to David Rattray, who he heard speak once? What a small world.

During the afternoon, photo coach Richard Harker gave a talk on mastering one’s camera in Antarctica. With the predominance of white and grey environments, matters of exposure, white balance, contrast and composition become all the more important. For some the idea of using one’s histogram to evaluate exposure and/or burnout came as a great surprise. Richard has a special way of sharing his immense knowledge, mindful that for some his pointers and suggestions may appear as clear as hieroglyphics. I notice guests on board carrying the latest Leica and Hasselblad DSLR cameras, but the majority use Canon, Nikon and Sony.

The Expedition Team met with Safety Officer and Expedition Leader to confirm arrangements and safety for the Zodiac operation. Dense fog and limited visibility has characterised the early part of this season providing challenging conditions. Experienced Zodiac drivers are requested to pair up with less experienced drivers, and always to maintain clear line of sight between the Zodiacs, backed up by use of GPS. Matters of biosecurity for South Georgia were reiterated, along with the real issues of Antarctic Fur Seal interactions. As Larry reminded us earlier, they are aggressive, grumpy and very agile, particularly now in the breeding season.

Patri Silva gave a masterful presentation on her favourite birds – Penguins. As a family, these birds in tuxedo’s are found all over the globe. Seven species occur in New Zealand, and five in the Falklands. Only the gorgeous Emperor and Adelie breed entirely south of the Antarctic Convergence zone. Their adaptations for life in the freezer, and flying in the medium of water beggar belief. Absolutely emblematic too of Antarctica. At various times during the day, Patri and the other naturalists spend time on deck, to assist guests with bird identification, and use of their cameras. I have no doubt that Patri will convert many onboard into devoted bird watchers.

Pauline, from the A&K office in Melbourne, was very sea sick, and now appears to have acute tendonitis. I accompanied her hobbling along on crutches to the hospital, and per chance looked at the prices for various basic procedures. For anybody thinking these cruises are expensive, for Heaven’s sake don’t require any medical attention! A call out to one’s cabin is 120 Euros, before medication. As many back home would say, they charge like wounded buffalo.

After sailing much of today on a calm sea under grey skies, by 6.30pm the sun appeared beneath the cloud, created a wonderfully striated sky. I enjoyed catching up with the deck hands, who were greasing the winches. They remember me well after giving them all the charming black clothing and shoes Ponant insisted I buy before working for them last season. I handed my Seaman’s Logbook to the Purser that these cruises be recorded, and spent some time on the Bridge, bewildered by the arsenal of equipment up there.

At Recaps the Young Explorers shared some of their experiences on the Falklands, the lighthouse tour clearly greatly enjoyed. Tonight we put our clocks forward by an hour which is bound to cause some confusion tomorrow – a very full day with lectures, Biosecurity briefing and cleaning, Zodiac briefing and passing by Shag Rocks where we hope to see some whales along with the innumerable birds. I enjoyed dinner with a Swiss gentleman married to an Indonesian who have lived in Hong Kong for 35 years, and two Americans.