Returning across the Drake Passage 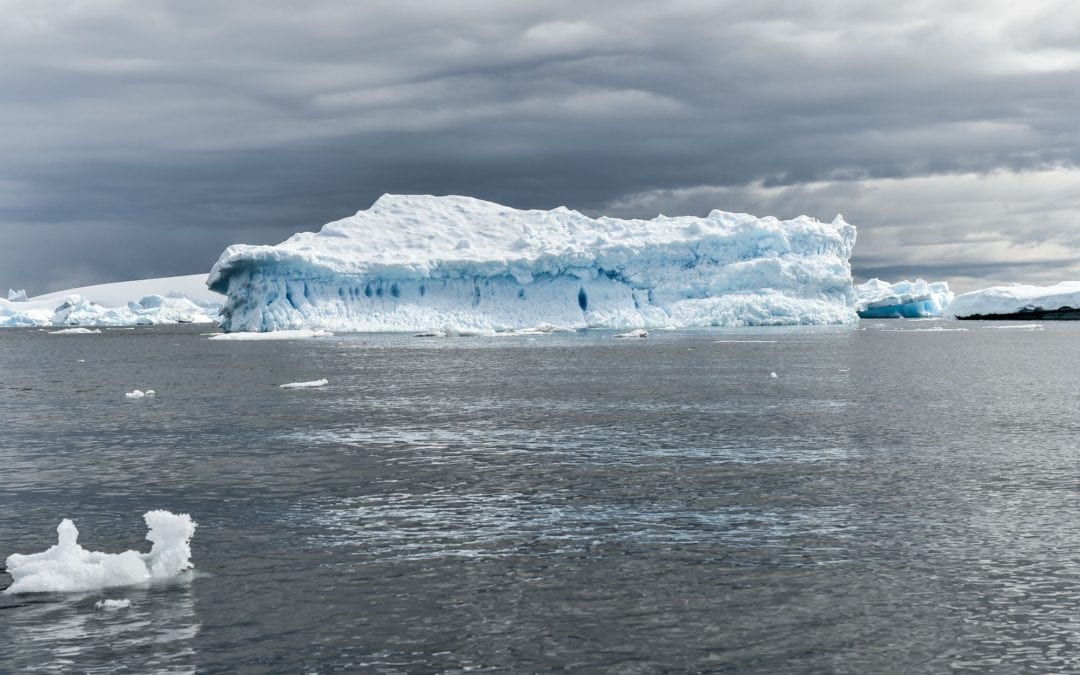 “And now to conclude. Is it worth doing? Ask any member of Shackleton’s Imperial Trans-Antarctic Expedition, and you will receive the reply – Yes, I wouldn’t miss it for the world. Would you go again? Rather, such is the call of the South!” TH Orde-Lees, diary of the Endurance Expedition.
As we sail across the infamous Drake Passage, in unusually calm conditions, I very much hope that those on board have become Antarctic ambassadors, and that they will wish to return one day. Such is the call of the South, and its little white voices. This expedition in particular has enjoyed calm seas, incredible weather and an impressive miscellany of landing environments.

I opened the enrichment lecture program on board today with my tale about Shackleton’s Endurance Expedition, on which the impressively fit Orde-Lees was storekeeper, and a somewhat pedantic one at that. This saga beggars belief, their ship crushed by ice, man-hauling boats across the ice floes, then a desperate rowing for 108 hours without warm drink or meal before landfall on Elephant Island (after 17 months at sea or on the ice). In one of the greatest feats of navigation in history, Shackleton and 5 men sailed their James Caird lifeboat 800 miles to South Georgia, seeking help. The 22 souls left on Elephant Island under Commander Frank Wild were eventually rescued on 30 August 1916, after 4 horrific months enduring a second Antarctic winter. One of the finest survival stories in modern times.

During the morning, guests handed back their waterproof boots and trousers, rented from Ship to Shore Traveller. These will be cleaned and prepared for rental next season – a wonderful facility for our guests. Many guests are playing cards in the Grand Salon, chatting, and some editing photographs. Interesting to note how many women are wearing “city clothes”, that we have not seen previously during this expedition. Is it in preparation for flights, etc or all that remains clean at this juncture? There is an air of bewilderment that this unique, life-changing adventure is practically over, as we sail back towards Ushuaia.

Photo coach Richard Harker’s lecture on digital workflow, and post production editing was interrupted by Orcas about the ship, as was my session with Young Explorers about Shackleton. Finding a large group of Orcas this far out in the Drake Passage is unusual, and they granted us magnificent, close-up opportunities to view them. The males with their high dorsal fins, females and youngsters all about the ship, at times swimming beneath the vessel. The height advantage offered by a ship is the best platform from which to view any whale species, and these sightings were spectacular. Larry Hobbs identified them as being rare Type D Killer Whales, with relatively small eye patches, and the size/colour of the cream patch on their backs. This group last filmed in 2015, so indeed a very special sighting.
Viewing these top predators ease and power in the water is awe-inspiring. Guests were able to take great photographs. This experience the cherry on the top of this fantastic expedition. Thankfully everyone returned to Richard’s lecture after the whale viewing, true mark of a wonderful presentation and coach. I am rescheduling with Young Explorers.

I spent a few moments with Russ Manning on the rear deck, where he likes to enjoy a coffee and a cigarette. Russ has unequalled Antarctic experience (more than 30 years) as field guide, Zodiac driver and base commander for 3 seasons for British Antarctic Survey. Yesterday when Larry announced Orcas on the radio from the crater rim on Penguin Island, Russ slipped off in his Zodiac to join them alone. Russ is not given to sentimentality, but acknowledged it being the greatest experience he has ever had with Orcas. Around 20 animals swam around his Zodiac peacefully, inquisitively looking at him. This is the sort of experience people dream of enjoying in Antarctica, and I am pleased it happened to Russ. It seems utterly appropriate given Charley’s passing, and the melancholy some of the team have experienced as a result. Russ is the man I refer to fondly as our Man from Borneo, and the one we all want close by if things go wrong. Tough as a saddlebag with eyes, ex Special Forces, and a survival expert. And the one planning to buy a motorbike (Triumph) online, take Uber from Heathrow to the bike Dealership and ride it home! Talk about a free spirit. He was disappointed when I reminded him that he required a helmet!. At least he will have cold weather gear with him.

After a wonderful lunch with a distinctly Asian feel today, Geralyn Garavan from A&K presented the ever-growing portfolio of destinations A&K have on offer. Arctic, Japanese and Antarctic expeditions becoming most sought-after. Whilst naturalists were out on deck assisting guests with seabird identification, Richard Harker assisted with camera-related queries. Richard’s awesome photographs, shared every evening before Recaps, a very clear indicator of his skill with camera and editing, along with iPhonography, as he calls it.

Patri Silva moved the audience with her talk titled “Albatross – We have a problem!” Highlighting the threats to these magnificent creatures who pair for life, live to 60 years and fly thousands of miles on foraging trips, especially long-line fisheries. With vivid images and commentary, Patri left us in no doubt the serious threat these birds are under, and what is being done in attempting to reduce the threat. These include deploying long lines at night and encapsulating the bait in a cover which only opens at a certain depth out of reach of the birds. The scale beggars belief. Patagonian Toothfish long-liners deploy two lines of 30km length, with a baited hook every meter, so 60 000 baited hooks, pulled in by powerful winches. Ultimately, time will tell whether the fisheries and/or the bird populations are sustainable. Very sobering and thought provoking indeed.

It is now mid-afternoon, and I am grateful at having time to prepare a few lines, rather than scribbling a blog last thing at night. Yesterday for example, I was on shore from 6.30am to 7pm, with a very rushed hour for lunch whilst the ship repositioned. Getting out of cold-weather gear, life jacket, radio and boots takes a while. As my dear friend Larry Hobbs says, eating lunch like a Leopard Seal would! Five days consecutively, with 10 landings, is a fairly taxing schedule, and some guests chose to sit out for a number. The rocky, uneven beaches and walking on snow and ice taxed a few to their physical limits, as much as we try to assist them. Most of the Expedition Team look like Raccoons, sunburnt outside of the areas covered by sunglasses. A broad hat, 50 SPF cream, sunglasses and lots of water have thankfully spared me, although lips are tender today. Would you believe many explorers suffer sunburn inside their mouths on account of reflected sunlight off the snow, and mouths open due to exertion! Beyond my window, there is a low, dense fog, but Le Lyrial is literally flying on a calm Drake (3 meter swell) towards Ushuaia.

Guests enjoyed tea and wonderful French Macaroons, before Larry Hobbs lecture on Sustainability and his experiences over 50 years of Marine Biology and environmental studies. Larry feels strongly that culturally we are asking the wrong questions, and that change will only happen from the bottom up. Referring to the National Geographic articles on how are we going to feed 7 billion people, Larry argues that we should be asking why are there 7 billion people to feed? Relating his unique experiences with wildlife around the globe, including fitting radio collars to the backs of young Grey Whales, Larry’s presentation was personable, honest and thought-provoking, from a human being who genuinely “walks the talk”.

Tonight we enjoyed the Captain’s Farewell cocktail party and dinner. All staff were brought out on stage, which is wonderful, since most guests never even glimpse many of the 155 staff who live below decks and keep Le Lyrial functioning properly. Dinner in Le Celeste restaurant was magnificent, everyone clearly enjoying their second last evening on board with A&K. I sat with two delightful Australians on honeymoon, drank too much whisky and am relieved to have written much of the blog earlier. Both very well travelled independently, and conversation flowed easily. The getting up and walking to my cabin on a rolling ship was somewhat challenging, however.