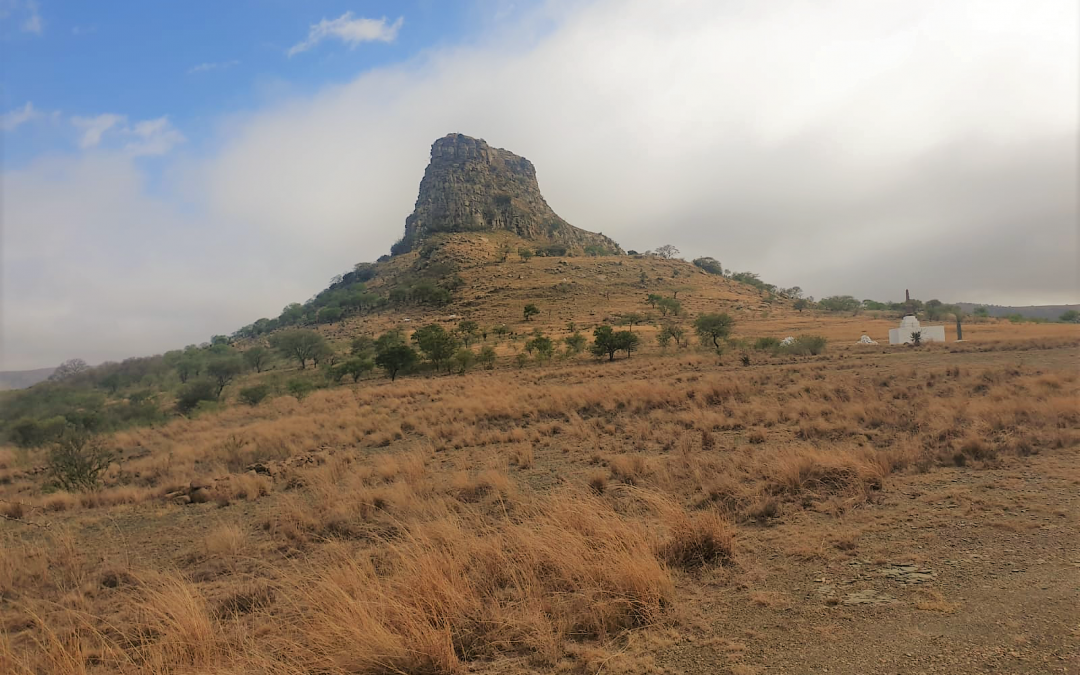 Traditionally in the Southern Hemisphere, Spring began on 1 September. Thirty years ago farmers in the KZN Midlands were planting maize by mid-September after the first rains. Climate change has seen the seasons retarded by 4-6 weeks, and indeed the Midlands is receiving its first rains end of September. After the extremely challenging past 6 months, I hope the rains bring hope to many. Is Life worth living without hope? Much of our beloved country remains pitifully dry but hope springs that the rain will come soon..My visit to Jozini early in September found Pongolapoort Dam at 40%, and much of the surrounding region heavily dependent on that water resource.

In July and August we hosted some battlefield packages on a self-catering basis, which proved popular. One group chose to cycle off the Biggarsberg escarpment, from Helpmekaar down the old wagon track, to Rorke’s Drift. It was a marvelous outing, led by my dear friend, Craig Carter. The stories of Isandlwana and Rorke’s Drift still hold massive appeal thankfully.

Coming from a background of live presentations, I never imagined myself embracing the online presentation environment, which Lock-down has imposed upon almost everyone. It has been a steep learning curve, trying to get to grips with the technology but most importantly the challenge of engaging audiences online. Recording stories for Patreon has proven most helpful in adjusting to speaking to camera. Gives one a new appreciation for those who seemingly were created to present to camera!
Our Lock-down mantra of “Don’t complain about the darkness if you haven’t lit a candle” obliged us to share stories online via Patreon, and what a lifesaver it has turned out to be. The support of patrons has been magnificent, and has led to storytelling sessions for other gatherings/occasions. A mining company requested me to present for 30 minutes on Engaging Intuition. When I was introduced, the time was extended to 40 minutes. After my presentation, I was told it was Women’s Month and I hadn’t mentioned any women. Immediately I had to dig deep and think of some stories which contained women. There was a lively debate about Intuition, the role it plays in our daily lives and the boundary between instinct and reason. Two hours later I finally stepped away from the computer – it was an enlightening, wonderful session of story sharing.

Over this past long weekend I hosted 18 guests for 4 days. We shared the Ultimatum Tree on the Tugela River, and the battle of Ndondakasuka before moving on to mGungundlovu where Piet Retief and his party were killed by Dingane’s warriors in February 1838. It was this incident which led to the battle of Blood River in December of that year. Our picnic was enjoyed at Dingane’s Royal Spring at Mtonjaneni. Ample time afforded us opportunity to share Isandlwana and Rorke’s Drift in exquisite detail, walk the Fugitives’ Trail and drive a difficult 4×4 track down to the Buffalo River. Some even found time to visit the old pont stanchions at Rorke’s Drift and explore nearby San art in sandstone caves.

My joy at being able to work again is indescribable. Invitations to work on expedition ships in Polar regions are being received, along with requests to guide groups coming out for the Lion’s Tour next year. Along with local tours and online presentations a sense of self-worth is being restored. We hope you and yours are experiencing similar regeneration.
Hope Springs eternal…