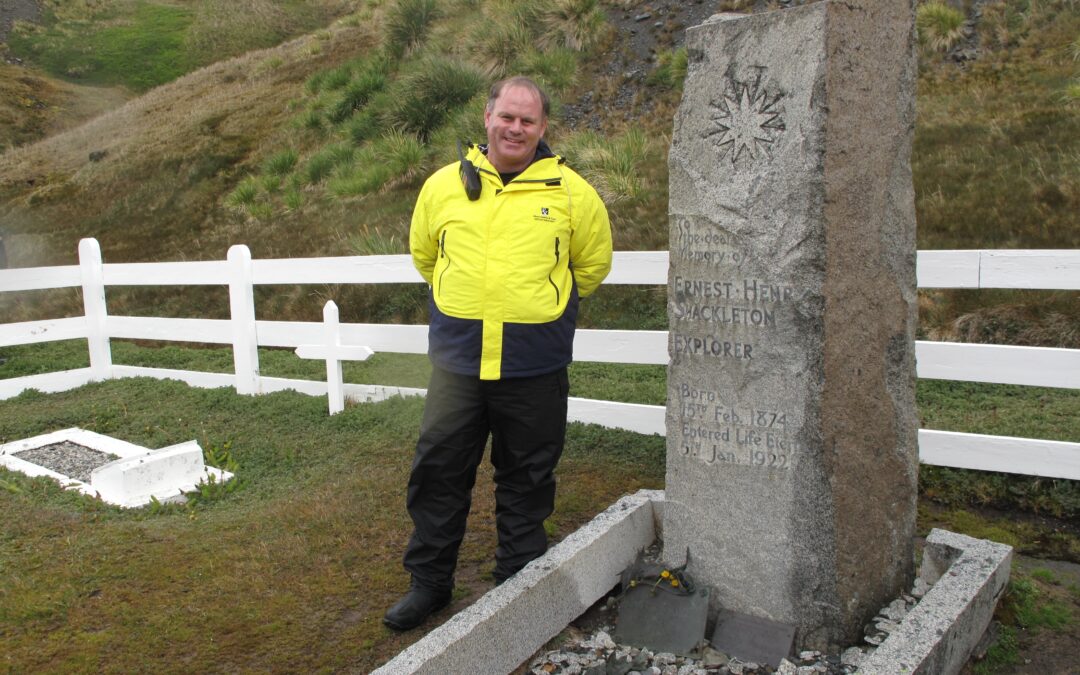 Social media abounds with the hype and extraordinary news of Shackleton’s ship Endurance being found in 3008 meters of water in the Weddell Sea, 107 years after it was smashed by ice in 1915. This discovery has deservedly grabbed global attention.

For the past 11 years I have been sharing the story about this very Endurance Expedition, and how the ship came to rest at the floor of the Weddell Sea. What followed the sinking of the ship is regarded as the greatest survival story of the modern age, hence my title – Endurance: Shackleton’s Way. This story and the associated tales are the stuff of legends. Earlier attempts to locate the wreck proved unsuccessful, yet the Endurance22 search team found the ship in her watery grave ON the centenary of Shackleton’s burial. I was at The Boss’s grave on 5 January 2022, the centenary of Shackleton’s death at Grytviken, South Georgia. Shackleton was popularly known as The Boss by his men.

Having been to Antarctica with Scott in 1901-4, and then mounting his own expedition in 1907-9, the Endurance Expedition was Shackleton’s third Polar Expedition. If you wish to learn more about this unique man, extraordinary human dramas and eventual success in locating the famous ship, please contact me.