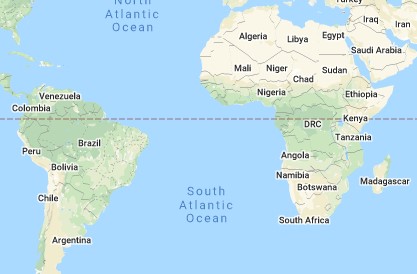 Friday was busy packing for 6 weeks in Argentina, Antarctica and Chile, working on a ship.
The start of my day was made extra special by Rosalie and Susie Crutchley (Strange) very graciously giving me three of Jack’s beloved Bonsais. A wonderful link to a quite extraordinary human being.

The BA flight from Durban to Johannesburg was late, apparently due to no baggage handlers in Johannesburg. As it turned out I waited ages for my bag in Johannesburg – how we love this continent and its vagaries. I have never flown to Buenos Aires via Addis Ababa previously, but there is a first time for everything. Rushed up to Ethiopian Airlines at International Departures to find mayhem. Long queues, most passengers with incredible amounts of luggage including huge TV’s. The check-in staff appeared fairly nonplussed as our flight departure time edged ever closer.
Relieved I got to the plane, to find the seats covered in green and yellow fabric which I am certain Bill Bryson would align with sick calves poo. The effect was accentuated by sauna-like temperatures within the airplane. Many guests asked for cooler air, only to be told it would come once the engines started! It took ages to load the passengers and copious hand luggage, by which time guests began passing out. My heart bled for a baby near me who fainted. The hostesses began racing up and down with tiny cups of water, whilst everyone tried to fan themselves with the safety cards. I have NEVER experienced anything like this before, it was stifling and awful. The Captain was most unhelpful by announcing baggage loading would take another 10 minutes, and cabin temperature would hopefully cool once we were airborne.

With scarcely any sleep (the engines made a peculiarly loud noise) we hit the ground very hard at 5.40am in Addis Ababa, in what could hardly be called a controlled landing.
I immediately looked outside to ascertain that we were on the runway. Apparently Ethiopian Airlines are Africa’s top airline. You are required to vote so to access the WiFi!
My expectations were high as I stepped off the bus into the terminal. We walked miles down a miserable corridor, filled with dusty old elevators, broken chairs, tools and other detritus that tends to overwhelm African SOE’s. The Security checks were a nightmare, particularly for the Islamic men and women in long outfits, no tables for inspections, and seemingly no control whatsoever.
The biggest surprise was yet to come. The main waiting area. All I can say to those who have not been here, is that it reminded me of the sheds in Israel used for holding dairy cows on 3x/day milking systems. Only difference being the mattresses provided for those gentle, lovely bovines are more comfortable than the loungers and seats provided here. I saw one German guest sit on a lounger, and fall straight through. The lounger trapped him in such a manner that his wife and I had to extract him. It would have been even funnier were it not so unfortunate.
Tiny, inadequate toilet facilities with long queues as demand outstretched supply by some margin. A very olfactory experience. A few duty-free shops clustered down the middle, alongside the lounges. One tiny outlet to buy coffee, where the queues beggared belief – literally more like a mobile coffee vendor at a market. Ethiopia is famous for its coffee – there should be many outlets here. If this is Africa’s top airline, I am stunned and wonder what the criteria have been.
I now face a long, full flight from Addis Ababa to Buenos Aires, which if you know me at all, fills me with trepidation.

Thankfully the South American adventure beckoning outweighs these trifles, but I am urgently seeking an alternative carrier/route home.
I strongly maintain that Ethiopia is one of the most interesting countries in Africa. Most colleagues concur. Their airline, however, having promised a banquet, has delivered peanuts!