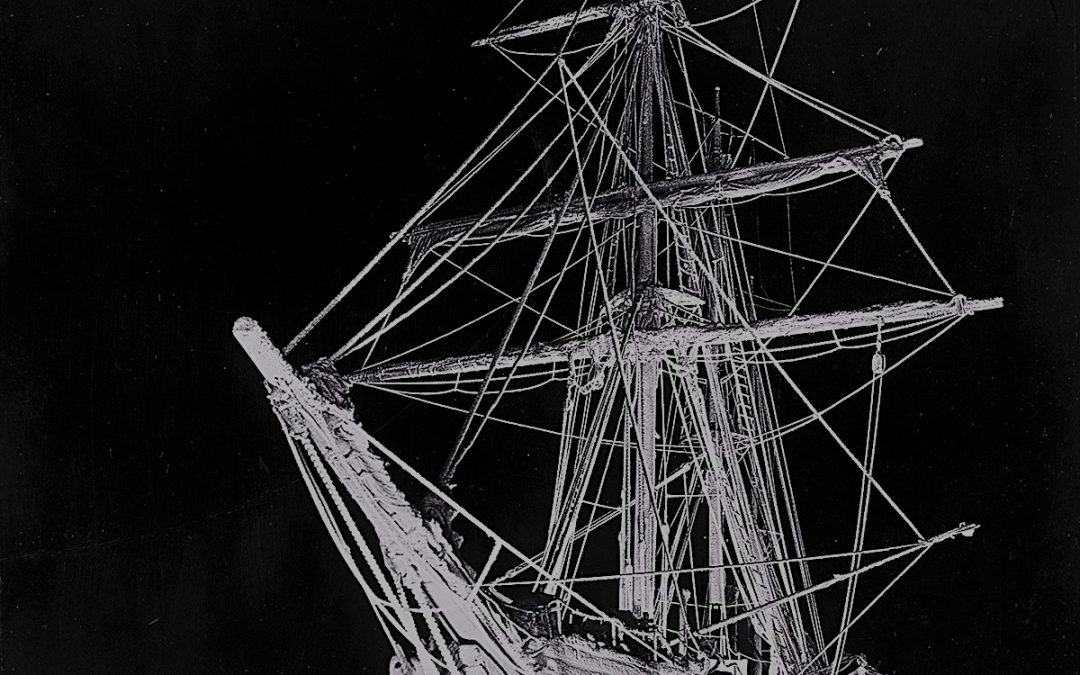 As the days shorten further, I cannot help thinking of Frank Hurley’s exquisite photograph on 21 June 1915 of the ship Endurance beset in the Weddell Sea pack ice. Hurley illuminated the ship with 36 lanterns, the resulting image is haunting with the frost rime hanging off the rigging. Little did the 28 men onboard know that only 4 months later their ship would be crushed by millions of tons of ice. What followed is considered one of the greatest survival stories of the modern age, and a story I love telling.

Battlefield tours at this time find me driving much of both directions in the dark, leaving home at 4.20am and the temperatures very low indeed.
Since we last shared news, I spoke at a fund-raising event at the Baynesfield Club. A great evening, amongst largely farming folk, with a log fire, and they were entranced by Shackleton’s Endurance Expedition. Allan Maitland organised a large group to visit Spioenkop, and we had a sparkling time together – the background to the war providing as much interest as the battle itself. The British paid dearly for their lack of reconnaissance, inhospitable terrain atop Spioenkop, artillery belching out plumes of smoke and a lack of forward observation personnel. Packenham appropriately calls the place “An acre of massacre”…

The 4×4 track to the summit of Hlobane (remote battlefield between Vryheid and Louwsburg) had become all but unusable over the past 3 years, largely due to heavy storms and a lack of maintenance. Hard-core 4×4’s could make their way to the summit, but most of us are using passenger-oriented vehicles, which were clearly unsuitable for the ascent. Anthony Coleman, a fellow guide from Dundee, carefully negotiated with a local contractor to repair the track, and the result is simply magnificent. James Christopher arranged a tour to Hlobane, and we enjoyed a great day out together. There was plenty of banter and laughter, along with the intrigue that brought about that particular battle. Redvers Buller and 4 others earned Victoria Crosses. A bugler called Walkinshaw distinguished himself by collecting Wood’s saddle and saddlebags holding Campbell’s prayer book in a hail of bullets. Wood wanted to conduct a burial service immediately for Campbell and Lloyd killed by Zulu fire coming from caves above. Native auxiliaries dug a grave using their spears as digging implements!  Hlobane is a place and story well worth visiting.

Harrington’s in Hilton hosted their ‘Dinner with Dialogue’ evening, and I spoke about the Race for the South Pole between Amundsen and Scott. Given Covid protocols, we had a full house with many new faces amongst the guests. Bridget Dinkelmann (a guest from Harrington’s) organised a large group to visit Isandlwana and Rorke’s Drift. The recent rain and snow made for crystal-clear views, albeit cool, and we enjoyed fantastic tours together. Sighting 4 Ground Hornbills near Elandskraal completed the day perfectly for the bird watchers.
For something entirely different, we are going to tell the Shackleton Whisky story at Fordoun near Nottingham Road-part of a dinner/whisky tasting/storytelling evening.

Yes, the variety and reward of this vocation remains undimmed. Fervently wishing we could find more mid-week work, but so grateful to locals who support us with weekend engagements. Keep believing, we keep on keeping on.