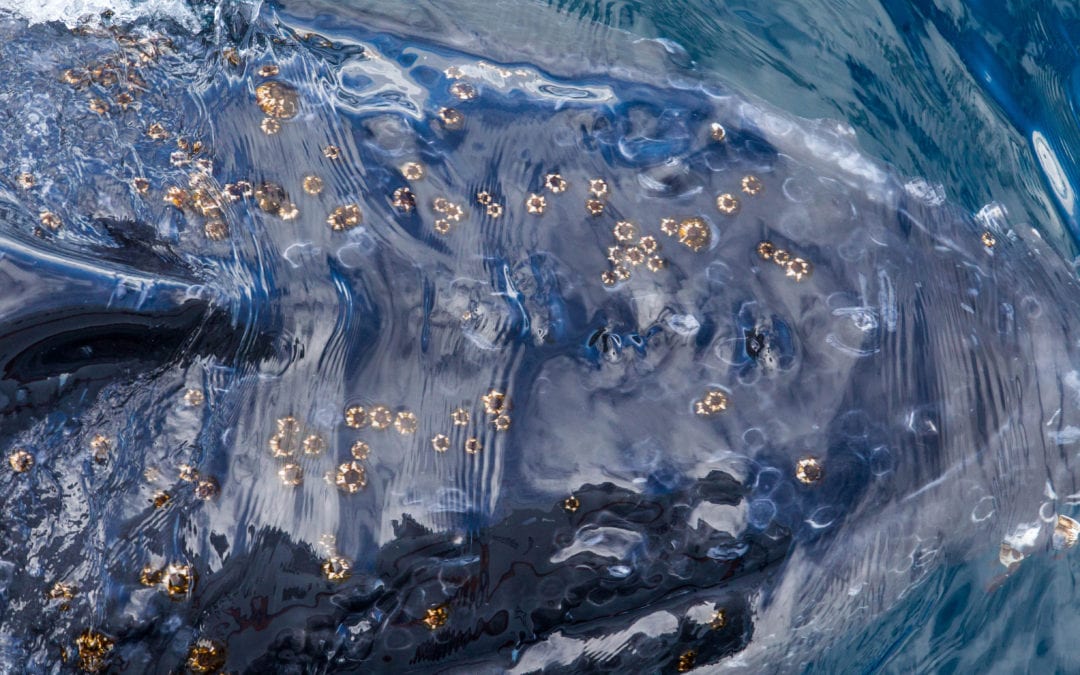 On account of the tempest created by the low pressure, guests slept very well last night, after two rough days and nights at sea. Weather has delayed our approach to the South Shetland Islands, but at last we have arrived. During the morning we could see Elephant Island and Point Wild off to port, where Wild and 21 of Shackleton’s men spent almost 5 months in 1916. Sea ice precludes our getting close to this famous, frigid, inhospitable place. During the morning Henry gave his talk on “Poles Apart”. The most obvious difference between the North and South Poles being the South is situated on a continent surrounded by oceans, and the North being in an ocean surrounded by continents. Henry however pointed out the many fascinating further differences between these two points on which our planet rotates.

Suzana then briefed a very excited audience regarding our first two stops in the South Shetland Islands – Half-moon Island and Deception Island. The South Shetland Islands lie about 120km north of the Antarctic Peninsula, and host various nations research stations. Bransfield Strait separates them from the Peninsula. After almost 3 days on board ship, two of which were in very rough seas, the guests were bursting to get off, and enjoy solid land. Views over this spectacular frozen land from the ship are wonderful. After lunch served in La Comete only, the first group of guests landed on Half-moon at 2pm. Grey fluffy Kelp Gull chicks were very popular, along with the Chinstrap Penguins. Larry found 12 Weddell Seals for the guests’ enjoyment, and almost all took the 1 mile walk to see these creatures hauled out on the snow. Conditions were near perfect, no blue sky, but calm water and gentle temperatures. The odd snowflakes added to the beautiful scene, surrounded by Livingstone Island. It was wonderful to see guests walking about, their jaws in the snow, clearly finding their first views of Antarctic landscapes even greater than they had anticipated. I have always maintained that nothing can prepare you for your first sighting of Antarctica – this afternoon confirmed that unequivocally. Getting folks back to the Zodiacs on time was challenging – nobody wanted to leave, and rightly so.

Le Lyrial then moved southwards to Deception Island. The island is doughnut shaped with a tiny bite taken out of it, providing access to the flooded caldera within. Most sailors ventured past without ever realising there was a beautiful, sheltered harbour within, hence the name. Used by American and British sealers in the 1820’s, the entrance is known as Neptune’s Bellows. In the early 1900’s whalers used Port Foster as a mooring site for floating factory ships. In 1967 a sizeable volcanic eruption destroyed the Chilean base, and in 1969 another eruption damaged the British base and partially buried the old whaling station in ash and cinders.
After dinner, Le Lyrial was skilfully guided through the narrow gap into Foster Bay. Although Neptune’s Bellows are approximately 150 meters across, a nasty rock guards the centre of the entrance. Ships need to hug the cliff face on the right-hand side to ensure safe entry, and most guests were out on the decks to watch. Henry, Patri and Larry offered commentary over the PA system regarding various aspects of this extraordinary place.

The Expedition Team led Christmas carols before dinner, and the Chinese guests who were all beautifully dressed offered a song of their own, which was a wonderful addition to a jolly time together. The kitchen and service staff produced a most magnificent Christmas meal. Considering we have been at sea 10 days, and the number of guests they were serving, the fare was simply amazing. Pete, Bruce and I sat with the Bayliss family from Surrey, and lively conversation was enjoyed, whilst whales entertained outside the ship in absolutely calm seas. I am still stunned to be in Antarctica for Christmas with my special brother, Pete.
For Christmas Eve, it has been a wonderful day in every sense, and all are eagerly anticipating Wilhelmina Bay and Cuverville Island tomorrow. A fairly late evening for all – completing this blog at 11.10pm, or 4.10am SA time on Christmas Day. Wishing all readers a safe, happy, blessed Festive Season and every success in 2017. The White Continent which beckons so seductively has exceeded all expectations.

Christmas Day Wilhelmina Bay and Cuverville
For those dreaming of a White Christmas, this morning was breathtaking beyond description. Le Lyrial cruised into Wilhelmina Bay early, and nosed herself into the fast ice a number of times, looking ideally for a place considered safe to lower the gangplank and have guests walk off the ship onto the ice. Unfortunately the ice was not considered safe for such an activity. Humpback Whales were feeding alongside our ship, calmly surfacing and diving, showing us the unique undersides to their tail flukes. A more gorgeous Antarctic scene could hardly be imagined. With the Antarctic Continent off to starboard, surrounded by sea ice, seals, icebergs and glaciers. Some of the mountains rising to 6000 feet, spilling glacial ice into the ocean. It was de Gerlache, best remembered for having overwintered involuntarily with Amundsen and Cook on board in 1897, who named the bay in honour of Queen Wilhelmina, who reigned the Netherlands from 1890-1848. Zodiacs were lowered and guests were taken off on a cruise, to view Crabeater Seals up close, Adelie Penguins and, of course, the whales. On water as calm as a millpond, and very bright light, guests could be seen looking about feeling overawed. This was even better than the Antarctica they had dreamed of seeing. With Christmas spirit, and everyone in fantastic form, this is day that will live in guests’ minds for the remainder of their lives.

Over lunch the vessel repositioned to Cuverville Island, whilst the staff prepared and served the most wonderful barbeque on Deck 6 alongside the pool. With Antarctica sliding by in her her indescribable glory, this is the most incredible Christmas. The meal was served in two settings, so that all guests could be accommodated outside on Deck 6. Whales were sighted all day near our vessel.

The afternoon found us landing on Cuverville Island, at the northern end of the Errera Channel, just off the west coast of Graham Land. Named by de Gerlache in honour of de Cuverville (1834-1912), a vice Admiral of the French Navy. Host to numerous breeding bird species, including the delightful Gentoo Penguins. Guests were given the options of a hike up the snowy slopes to high vantage points, or simply remaining near the water’s edge, close to penguin colonies. Certainly the hike was enjoyed by large numbers of guests, working up a sweat in the process. The youngsters, some too old to qualify, slid down the slope on their bottoms, and loved it. Most guests cannot identify penguin pathways, and insisted on walking on them, much to the team’s frustration. Creating deep holes in the snow is thoughtless, and requires more energy from the penguins to move about. Interesting too how guests would watch a line of penguins walking towards them, and wait directly in their path wanting to get a photograph. The penguins, of course, would detour, or turn around, much to the guests’ confusion – clearly the birds are not going to keep walking straight towards them? Leopard Seals were spotted, and seen by most of the passengers, much to their great delight.
There is one particularly obnoxious teenager on board who incurs the wrath of everyone. After the hike up the hill, he was very hot and thirsty. He practically demanded water from members of the team when he arrived back at the Zodiacs. Ignored by all, he got to me, and received some serious instruction on the merits of Please/ Thank you and some basic manners. Team members and guests who overheard felt my comments were long overdue. He got onto the Zodiac considerably crestfallen.  En route back to the ship, a short tour was taken through the numerous, massive icebergs dotted in the bay.

We had no sooner got back to the ship, when it was announced that Santa Claus was visiting the ship. Well, Larry Hobbs came flying out from behind an iceberg, clinging to a rope on a Zodiac, shouting Ho, Ho, Ho – his girth much increased with pillows and duct tape. He makes a fantastic Santa, to the kids delight. Adults watched, enjoying an eggnog, taking pictures of everybody with Santa. The Chinese enjoying it all probably most of all.
Recaps involved much talk from Patri regarding the habits of penguins, then Russ explained the link between early inflatables, Harley-Davidson, Evinrude and the development of the modern Zodiac. Larry answered questions about the whales we have seen today; everyone hoping to see Orcas of course.
Pete, Bruce and I had dinner downstairs, away from the hustle and bustle of La Comete – it was great.  Plans for tomorrow remain a little loose on account of much ice in and about the Lemaire Channel, but we are very much hoping to get through with Le Lyrial. Guests are all riding the high of a Christmas, perfect in every way, and one they shall never forget. Every one of us will sleep soundly tonight, wrapped in the embrace of emblematic, surreal Antarctica.