7 February 2022 ~ Antarctic Peninsula and the team 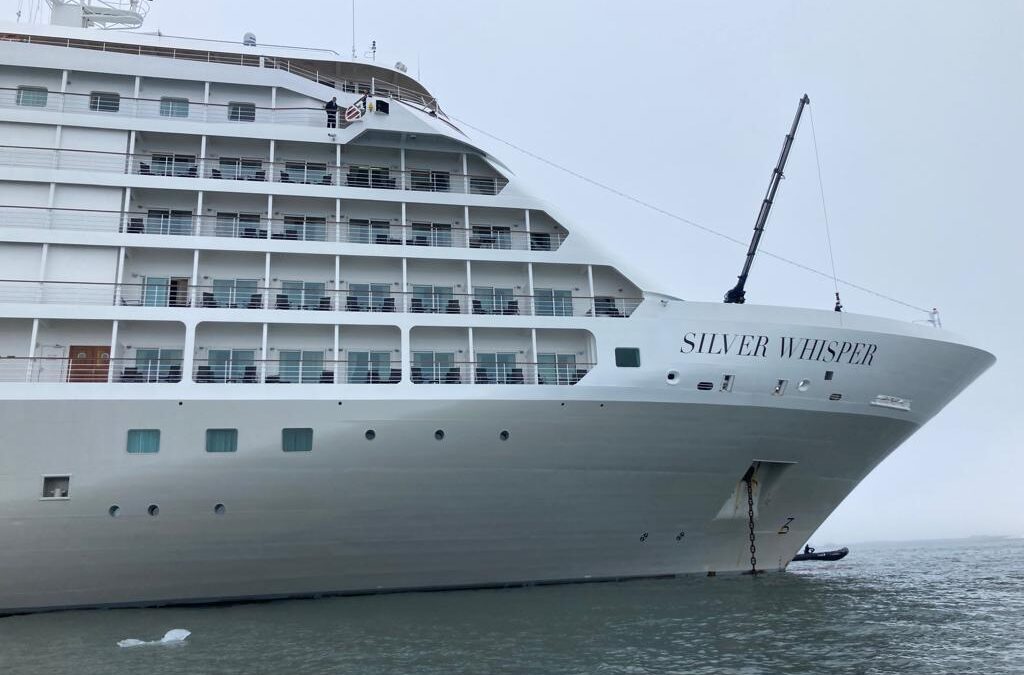 As some of you know, I spent 10 days in isolation/quarantine in Chile, before embarking on my Silversea voyage from Punta Arenas. It was a useful time to decompress after a busy 2 months with A&K, and reflect upon just what an incredible vocation this is. There were some lighter moments – the English cricket side for example wanting to hire Novak Djokovic as batting coach, not for his cricket credentials, but because it took the Australians two weeks to get him out! With both Federer and Djokovic out of the Australian Open, it laid the competition wide Open, excuse the pun. Gamblers all favoured Medvedev, yet Nadal managed to triumph after 5 and a half hours. Medvedev’s post-match interview was illuminating and sad. The younger generation really need to come through, to start winning over the crowds? Medvedev’s comment about the crowd not once wanting him to win when playing the Big 3 was particularly telling. As ambassadors of the game, the example set by Federer and Nadal will be unusually difficult to match. Chile never allowed the guests from the Silver Whisper to disembark for Covid reasons, and most guests were delighted to leave Chile behind. The banditos of South America?

We enjoyed a calm Drake Passage crossing. Silver Whisper’s 29 000 tons making for a more comfortable crossing, all else being equal, than Le Lyrial’s 11 000 tons, for obvious reasons. Silver Whisper is a classic cruise ship, with a very devoted clientele. Many passengers seemingly view her more as their hotel, than ship. Routines are all-important as are tables in the restaurant, seats at the bar, even cabin number. The interior is beautifully appointed and spacious. The Theatre is steeply tiered and matches shoreside venues anywhere in the world.

The Captain is Croatian, and a bear of a man, always ready to make a witty comment. The Cruise Director, Fernando, is Portuguese, multi-lingual and a legend in his own lifetime. Fernando knows all the guests by name, their history, their children, and often stays with guests when not at sea. I was invited to be part of Liar’s Club, where 4 people make up stories regarding the meaning of a certain word. Three tell complete untruths, one tells the truth and the audience have to guess who is being truthful. Our words were Anadipsia, Barabara, Agelast, Syzygy, and we had an hilarious time.

A Costa Rican on our Team, Marcel Lichtenstein is absolutely inimitable, blessed with perfect English and a wicked sense of humour. Marcel is also a knot expert, and spends much time making various knotted gifts for others, teaching ladies how to best thread their pashminas and being a gentleman. Unforgettable with a goatee beard and pony tail. The photographer on the Team, Bruno, is a big, strong, tatooed Brazilian, who speaks impeccable English. Clearly multi-talented and expert Zodiac driver. Bruno is ever-smiling and a fine addition to any Team. The assistant expedition leader, Gert, hales from Despatch near Port Elizabeth. Gert is relatively small, athletic, strong and wiry. He has a beard which easily matches that of his forbears who probably were involved in the defeat of the Zulus at Blood River. Gert’s pride and joy is a 1983 two-door Nissan Skyline with the straight-six 2,8lt engine. Expedition leader Steffan is English, with a Masters in Geology from Cambridge. Steffan loves to cook and is a wonderful, affable Team leader. Hilman is Indonesian, thin, wiry with long hair in a ponytail and assists with logistics and Zodiac driving. Ever-smiling, Hilman reminds me of Birdie Bowers on Scott’s Expedition. He always knows where everything is, what is going on and very steady. Chris is English, but lives in Arizona, older than the rest of the Team, and our ornithologist. Chris is a perfect gentleman, always helpful, clean-shaven and diplomatic. Christophe is Austrian, tall, slim, impeccable English and very organised. George was unlucky enough to test positive for Covid AFTER the 10-day isolation in Chile, so spent another 10 days in isolation onboard! Poor fellow, our geo-political commentator, and multi-talented. George is Australian and has motorcycled all over the world. George is bearded, with blue eyes and always ready for a laugh and a joke. Pleasure to work with fellows like these. Besides Chris, I am the old man on the Team by some margin. They have certainly made me welcome, and are teaching me the ropes onboard a cruise ship trying to be an expedition ship at times.

On the Antarctic Peninsular, we made two landings – one at Yankee Harbour and another at Danko Island. Danko was especially memorable – a beautiful day, sunny, little wind, plenty of snow and ice and large colony of Gentoo Penguins. The third anticipated landing at Brown Bluff had to be aborted today on account of fog, wind and very choppy conditions, sadly. Large tabular icebergs and plenty of wildlife made our brief visit to the Antarctic Sound worthwhile. I told the stories of Nordenskjolt, Larsen and the ship Antarctic over the PA system. The Captain kindly gave me a cup of cappuccino on the Bridge. We are now heading for South Georgia, and hoping for fine weather thereabouts.